Travel-sized tips for getting through the germs this holiday season

Heading over the river and through the woods this holiday season? (Or over the highways and through the nation’s skies, more like.) With H1N1 influenza widespread and flu season in full swing, take extra precaution and be mindful of your own germs and those of others who might be sneezing and coughing around you.

Don’t travel if you are feeling under the weather or have a fever. Cover your mouth and nose 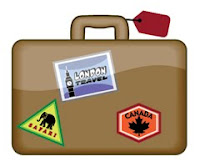 If you can, avoid contact with sick people. That can be hard, especially on airplanes. So if you get stuck next to Sneezy Sam or Coughing Carol on the way home, ask the flight attendant if you can move to another part of the plane. You can cruise through security with handy travel-sized containers of hand sanitizer (3 ounces or less!), perfect for your plastic baggie.

More than 70 countries have reported cases of H1N1 flu. Are you jetting off to one of those destinations? If you are traveling internationally, stay up-to-date on the latest outbreak information. The best protection is to follow the simple tips on traveling safely and being prepared.

While you are out shopping for Black Friday bargains, remember germs are 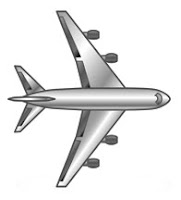 everywhere and tough to avoid in the bustle of big public places. You can help prevent sickness by washing your hands often. This may, of course, make your hands feel dry. But before being tempted by sample lotions at the stores, beware: Pushing the pumps on lotions or perfumes can add germs to a clean hand. Ask a sales associate to apply samples for you, and be mindful of other ways you and fellow holiday shoppers can stay healthy.

Taking a few extra steps can help ensure you have happy, healthy holidays.

High demand for the new H1N1 swine flu vaccine and the limited vaccine supply has meant that many who want it can’t get it. A lot of people have been frustrated, and some have begun to question the U.S. response to the influenza pandemic.

Why isn’t more vaccine available? Why have some people received the vaccine while many at greater risk of complications from the flu been unable to get it? Could we have done better?

While there’s always room for improvement, Dr. Georges Benjamin of the American Public Health Association points out many extraordinary achievements during the U.S. pandemic response. These include open communication, rapid identification of the virus and development of not just one, but two vaccines — one for H1N1 flu and one for seasonal flu.

See what Dr. Benjamin has to say, and then tell us what you think (or take this MSNBC poll). Has the response to the pandemic been a success?

Is your university ready for a disaster? Plan and prepare now

Hurricanes, earthquakes and other disasters can halt classes, disrupt campus life, damage buildings and leave students stranded with nowhere to go. Luckily, this is where planning and preparation come in. So grab your pencil and paper (or laptop and iPhone) and settle in for a lesson in campus disaster preparedness.

According to the Federal Emergency Management Agency, the first step in creating a disaster-resistant university is for college administrators to identify specific hazards that could affect their school and students. Among the possibilities outlined in a recent FEMA preparedness guide (PDF) that schools of higher learning should prepare for are earthquakes, fires, floods, winds and tornadoes. Officials should evaluate how ready they are for each type of disaster and take action to be prepared. For example, schools that are vulnerable to earthquakes should think about strengthening floors and walls, while those at risk for hurricanes should reinforce window glass and frames.

All schools — no matter where they are — should create campus-wide emergency procedures, inform personnel of risks and policies, and install backup systems such as computer databases and electric generators.

It’s also a good idea to form an advisory committee at your school made up of students, faculty and staff. Create a plan of action for preparing the school for disasters, such as efficient emergency routes and meeting points during a crisis and campus-wide notification alerts. Set up an emergency notification plan using tools such as text messaging or Twitter that can be used to notify students and staff of disaster threats.

Coordinating planning efforts with local emergency and medical response teams such as the fire department, police department and local hospitals is a good step in ensuring that measures are put in place. Local government, city councils, state representatives and nonprofit organizations can help create your disaster plan.

Keep in mind that universities and colleges are not only places of learning, they are a home for many, and our homes are worth protecting.

Behind the Scenes on H1N1

For many Americans, preparing for H1N1 flu has been fairly simple: more handwashing, getting an immunization (if available), stocking up on tissues and medications and following updates on the news.

But for public health workers around the nation, preparing for H1N1 flu has been an intense, coordinated effort designed to keep people safe and informed, according to presenters who spoke at a session at APHA’s Annual Meeting in Philadelphia this week.

The behind-the-scenes work on H1N1, also known as swine flu, by health officials began as soon as the virus was identified this spring and is still continuing in states and communities throughout the nation.

Public health officials are continuously trying to improve communication between health care providers and health departments. For example, at a November 9th Annual Meeting session on H1N1 presented by Mary Davis of the North Carolina Institute for Public Health at the University of North Carolina at Chapel Hill, said that North Carolina public health agencies are working closely with local health departments to make sure that health providers are receiving the best information possible about H1N1 so they, in turn, can pass their knowledge on to the public.

With new research being done regarding H1N1, it’s important for everyone to remember to stay flexible during a time when we may be receiving all kinds of new information. As Tamar Klaiman of the O’Neil Center for National and Global Health Law at Georgetown University recommended during her presentation, with a new disease outbreak on the horizon, people should expect uncertainty because scientists and health officials are constantly collecting new data and may change guidelines to ensure that we have the most up to date information available. With new information, improvements can be made to better future responses in preventing spread of H1N1.

With more information out there on H1N1, more people are becoming aware of the availability of the vaccine: According to a study done in North Carolina in mid-September, more people said they planned to get an H1N1 vaccine than months ago.

As H1N1 flu cases continue, health workers will continue to plan and adapt, focusing on issues such as school closures, vaccination clinics and communicating with the public, according to session presenters.

Infectious disease, infect me not!

Trying to get your community prepared in the midst of flu season? Looking for ways to teach your colleagues, classmates or neighbors about staying healthy? The San Francisco Department of Health’s new Web site can help.

“Infect Me Not” contains lots of activities to help you learn how to prevent the spread of germs and infectious disease. For starters, check out the eight things you can do to keep yourself healthy, a list of easy habits you can adopt from preparing your food safely to getting vaccinated that can help keep you disease-free.

It also features three fun 30-second videos — one about coughing and sneezing, one about hand-washing and one about staying home when you’re sick — that drive home important points about preventing the spread of disease with a healthy dose of humor.

Our favorite part of the Web site is the song competition. It’s a great idea (in fact, APHA did something similar a few years ago) and a fun way for the public to be involved, strive for a prize and ultimately teach others about being healthy.

And with all this talk about disease, what are germs anyway and how do they make us sick? You can find out on the Web site’s germ facts page. There’s also information on getting vaccinated, from the seasonal flu shot to the shots needed when you travel to other countries, and answers to questions about pandemic flu. There are brochures, posters, ads and videos, too, that anyone can download and use to spread the word — with washed hands — about being healthy.

The moral of the story? Being sick is no fun for anyone. Take the small steps to stay healthy to keep you and those around you happy and well.