Good news for people who grew tired of trying to track down both H1N1 and seasonal flu shots last year: Federal and global health officials have recommended that the seasonal flu vaccine that’ll be used in the United States this fall include the H1N1 strain that sickened so many. That means adults should only need to get one flu shot next season instead of two. (One-stop shopping!)

Each year, the World Health Organization advises vaccine manufacturers on what to include in the seasonal flu vaccine by looking at what strains are circulating and are likely to make people sick. The health agency usually makes its decision in February (aka, now) for the Northern Hemisphere to give the manufacturers time to produce flu shots. (The recommendation for the Southern Hemisphere, which has its flu season at a different time, will come later.)

Here in the United States, a Food and Drug Administration advisory committee backed the WHO recommendation for the vaccine formula this week. The recommendation is that it will be a trivalent vaccine, meaning it’s aimed at three viruses: an A/Perth/16/2009 (H3N2)-like virus, a B/Brisbane/60/2008-like virus and an A/California/7/2009 (H1N1)-like virus.

While it’s good news that the seasonal flu vaccine targets the H1N1 strain, it also means that the H1N1 pandemic flu is here to stay. According to WHO statistics, there have been over 16,000 deaths worldwide attributed to the H1N1 pandemic, which is still ongoing. Remember, even if you received one or both flu shots last year, you still need the vaccination again this fall. So get ready for the flu and get your vaccinations when they become available.

Posted by Get Ready Team, APHA at 2:47 PM No comments:

If you had to stay in your home for six days without going out for food, toilet paper or other supplies, how would you fare? 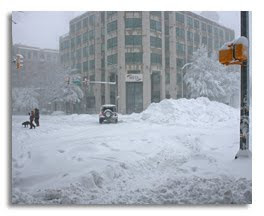 For residents in the Washington, D.C., and mid-Atlantic region this winter, this question was more than hypothetical. Winter storms that buried the area in early February closed schools, stores, workplaces, public transportation, roadways and even the federal government — and left millions of people housebound for days. Those who weren’t within walking distance of grocery-depleted stores were left to make do with supplies that they had on hand, some without power or water. In the end, many people found that they weren’t nearly as prepared as they thought they were.

The storms brought home the message that everyone needs to have an adequate emergency supply on hand at their home at all times. And with daylight saving time just around the corner, now is the perfect time to help spread that reminder in your community. APHA’s Get Ready: Set Your Clocks, Check Your Stocks campaign reminds Americans to check their emergency stockpiles when they change their clocks. People who already have an emergency stockpile of food, water, flashlights and other supplies are asked to make sure that nothing has expired or gone missing, while those without a stockpile are encouraged to create one.

The Get Ready: Set Your Clocks, Check Your Stocks campaign includes free materials you can use to get ready or share with your community, including a shopping checklist (PDF), budget stockpiling tips (PDF), games for kids (PDF), fact sheets and logos. Many materials are also available in Spanish.

Daylight saving time begins Sunday, March 14. Take a lesson from our friends who rode out those storms and find some time to check your emergency stockpile.

Get Ready Mailbag: If I am over 65, should I get the H1N1 flu vaccine? 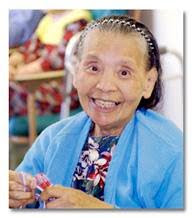 I am over age 65. Do I need to get the H1N1 flu vaccine? I heard it is not as big a risk for older people as regular flu. So can I skip the shot?

That’s an interesting question, and it’s easy to see why you may be unsure.

For years now, adults like you — ages 65 and older — have been at high-risk for complications from seasonal flu. But with 2009 H1N1 flu, aka swine flu, this hasn’t been the case. In fact, your age group has had the fewest number of H1N1 cases and serious infections reported. Some tests show a number of older people have some pre-existing immunity to H1N1, meaning you might be less likely to get sick. But that doesn’t mean you are off the hook, as there have been severe infections and deaths from H1N1 in every age group.

When the vaccine first became available, supplies were limited and were being set aside for high-risk groups like pregnant women, young adults and children. But now, the vaccine is much more available. So adults age 65 years and older are being encouraged to get the shot as well. That means if you want to be protected from H1N1, you should get your vaccination ASAP. It’s your safest bet!

Check your local community pharmacy or health department to find a flu vaccination site near you, or visit Flu.gov for a clinic locator.

Just before last Halloween, 7-year-old Trevor Lin of Clifton Park, N.Y., began showing symptoms of a mild cough, according to his father, Henry Lin. It got worse, and two days later his father brought him to the emergency room. Both doctors and his dad — a general surgeon —believed that Trevor had croup, so he was treated and sent home. But the next day, Trevor collapsed and died two hours later from complications from H1N1.

Unfortunately, Trevor’s story, which Henry Lin recounted during a National Influenza Vaccination Week event last month, is far from the only one involving children. According to the Centers for Disease Control and Prevention, between 880 and 1,810 children died from H1N1 flu from April 2009 to January 2010.


Children are at particular risk from H1N1, also known as swine flu, because their immune systems are not as advanced as adults, making it more dangerous for them to become infected, according to U.S. health officials. That’s why children and those who come into contact with kids are especially encouraged to get the H1N1 vaccine.

Now that more supplies of H1N1 vaccine are available, anyone who wants to get the shot can become protected against the disease — and it’s not too late. While cases of H1N1 have declined in recent months, CDC officials say it’s possible that there could be another wave of flu infections and sporadic cases this summer. So now is the time to get protected.

Visit the Flu.gov clinic locator to find a shot near you, or check with your neighborhood pharmacy. The shot is safe, effective and is the single best way to protect yourself, your family and your community from the spread of H1N1.

Posted by Get Ready Team, APHA at 3:34 PM No comments:

APHA is pleased to announce its second annual Get Ready Scholarship. The scholarship is part of APHA’s Get Ready campaign which helps Americans prepare themselves, their families and their communities for all hazards and disasters, including pandemic flu, infectious disease, natural disasters and other emergencies.

The $500 Get Ready Scholarship is designed to encourage students to focus on the importance of emergency preparedness. The scholarship is open to U.S. high school seniors as well as full-time college undergraduate and graduate students, and six winners will be chosen. Scholarship winners, who will also be awarded a one-year APHA membership, will be chosen through an essay contest on emergency preparedness. (Need some essay inspiration? Read the winning submissions from last year’s scholarship round.)

The Get Ready Scholarship will open for applications on Feb. 8 and submissions will be received until April 2, or until contest entry limits are reached. Read the full rules online and start thinking about your essay now!

Know a high school or college student? Forward them this message!

Posted by Get Ready Team, APHA at 6:05 PM No comments: