Get ready to go! Tips for safe international travel 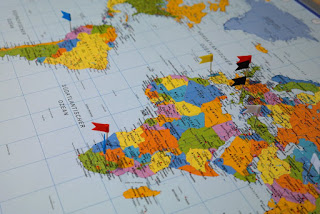 If you’re planning to head out and explore the world this year, remember that it’s not all fun and games out there. Disasters and other hazards can happen while you’re away from home, so you need to be prepared. Here’s a quick rundown:

• Be proactive: Read up on the types of disasters common to the area you’re visiting and learn what to do if they happen. For example, Peru is prone to heavy rains and flooding. Japan is known for its earthquakes and Hawaii has volcanoes. Another to-do before you go is to learn about local radio and emergency alert systems so you can find safety if needed. The National Association of Radio Distress-Signaling and Info-communications (RSOE) manages and updates an Emergency and Disaster Information Service (EDIS) available for free online. Be sure to give them a look when next heading out of the country.

• Be prepared: Get vaccinated. Visit your health care provider at least four weeks before you travel. Make sure you are up to date on your immunizations and find out what’s recommended for your destination. It’s also smart to pack a small preparedness kit when traveling. Include your prescription medications as well as hand sanitizer, insect repellent, sunscreen and water purification tablets. The U.S. Department of State recommends that you enroll in the Smart Traveler Enrollment Program and register at the U.S. embassy where you will be travelling. This allows you to get important information and safety conditions in your country of destination. Be sure to memorize or carry with you important phone numbers and addresses of places you are staying. Make sure that everyone in your group knows where to meet if communication goes down.

• Be protected: If an emergency does occur, follow all instructions from local authorities. Don’t hesitate to evacuate if told to.

While it is unlikely that disasters will ruin your trip, it’s better to be safe. Prepare yourself well, and enjoy your stay!

Photo courtesy Pexels/Pixabay
Posted by Get Ready Team, APHA at 11:16 AM No comments:

Today’s guest blog is by Janell Goodwin, a technical information specialist with the U.S. Department of Agriculture’s Food Safety and Inspection Service, who tackles some of your summer food safety questions. 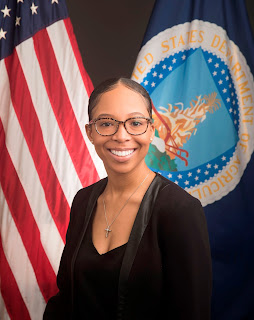 It’s summertime, and USDA Meat and Poultry Hotline agents are heating things up by answering your food safety questions! Hotline experts keep the public safe from foodborne illness by answering calls on all sorts of food safety topics.

As a technical information specialist on the hotline, the first question consumers usually ask is “Are you a real person?” The answer is “Yes!” The hotline has real, live people who single-handedly answer every one of your food safety questions. In fact, since the start of the hotline in 1985, more than 3 million calls from the public have been answered.

Summer is filled with tons of activities, festivals, concerts and most importantly, food! The hotline wants to make sure your summer is free from foodborne illness. When it comes to questions, we’ve probably heard them all. Here are a few of the most popular questions answered during summer:

• I want to marinate my meat before I grill. I can just leave it on the counter while it’s marinating, right? No, marinating should be done in the refrigerator for safety.

• Is it true that my hamburger is done when it turns mostly brown on the inside and the juices run clear? Your burger is only safe when it has reached an internal temperature of 160°F, as measured by a food thermometer.

• I’m going to a park to grill and won’t have access to running water. What should I use to clean my hands and utensils? Bring water and soap for preparation and cleaning, or pack clean cloths and moist towelettes.

• Is it OK to refrigerate or freeze leftover cooked hamburgers? If it’s refrigerated promptly after cooking — within two hours, or one hour if the temperature outside is above 90°F — it can be safely refrigerated or frozen.

Need more food safety information? Call the USDA Meat and Poultry Hotline at 1-888-674-6854 Monday through Friday from 10 a.m. to 6 p.m. Eastern time. Or email or chat at AskKaren.gov.

Beat the heat with our new summer infographic

Summer is officially in full force, and that means beaches, water fights and delicious barbeques.

But, unfortunately, summer can also mean heat, dehydration, ticks, mosquitoes and other hazards. Luckily, APHA’s Get Ready campaign is here to show you how to reduce your risks and stay summer safe.

Our new summer infographic can help make this summer one you remember for the right reasons. The infographic is perfect for sharing via social media, websites and events in your neighborhood. Get tips for staying safe in the sun and getting cool.

Still can’t get enough? Visit the Get Ready Summer Safe webpage for fact sheets, podcasts and other resources that can help keep your summertime activities safe from disasters.

Now you’re ready for some awesome summertime fun!
Posted by Get Ready Team, APHA at 10:40 AM No comments:

All hail hail! 7 facts to know when balls of ice suddenly fall from the sky

Hailstorms are kind of like that cousin who never calls or texts to check in and then randomly decides to show up to your house uninvited. You never know when they might appear and mess up your day. Even if you’ve never been in a hailstorm, it’s not a bad thing to brush up on your knowledge. So here are seven quick facts everyone should know about hail.

1. Hail isn’t frozen rain. According to the National Geographic Society, the big difference is that hail falls from the sky in solid form. Freezing rain falls as a liquid and then freezes to a solid as it nears the ground. 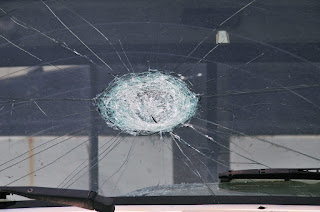 2. It doesn’t need to be cold outside for hail to fall. Hail forms when updrafts in thunderstorms carry raindrops up into extremely cold areas of the atmosphere. That’s where they then freeze into balls of ice, according to the National Oceanic and Atmospheric Administration.

3. You can’t just eyeball a thunderstorm in the distance for signs of hail. NOAA says that to determine the probability of hail, meteorologists need radar to look inside the storm. Because hail gives off more energy than raindrops, it’ll appear as the color red on radar.

4. Never underestimate the effects of hailstones. The National Weather Service reports that even small hail can cause significant damage.

5. If there are hailstorm warnings, make sure you close blinds or window shades to prevent possible injuries from broken glass. And don’t run outside during a hailstorm to protect your car or other property, says the Federal Alliance for Safe Homes. Stay inside and away from windows, skylights and doors.

6. Once a hailstorm is over, you can go out and check for damage. If shrubs, trees and plants are stripped of foliage, there’s a good possibility that your roof is also damaged. If that’s the case, cover the holes in your roof as well as any broken windows to prevent water from coming in.