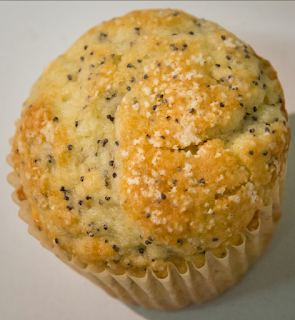 Posted by Michele Late at 10:12 AM No comments:

Hurricane season is on its way, and it may be another doozy


Do you remember Hurricanes Harvey, Irma and Maria? We sure do, and so do people in Texas, Puerto Rico and the U.S. Virgin Islands. Many of them are still recovering, in fact. The three storms were so destructive that the World Meteorological Organization has retired their names. 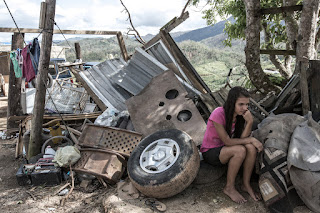 Last year was one of the most active seasons for Atlantic hurricanes ever recorded. With 17 named storms and 10 hurricanes, 2017 was one for the record books.

The National Oceanic and Atmospheric Association hasn’t released its 2018 hurricane season predictions yet, but a few other groups have. Colorado State University's Tropical Meteorology Project is predicting another above-average season, with 14 named storms.

It’s not just the number of hurricanes we have to look out for, though. It’s also how severe they are. A study that just came out says climate change is heating up the oceans, which is making hurricanes worse. Waters in the U.S. Gulf were hotter last year than any time on record, which fueled Hurricane Harvey as it headed toward Texas, researchers say.

“As climate change continues to heat the oceans, we can expect more supercharged storms like Harvey,” says Kevin Trenberth, a senior scientist at the National Center for Atmospheric Research and lead author of the study.

With the Atlantic hurricane season starting June 1, now is the time to begin planning for your safety. Know where you’ll go if you’re told to evacuate and how you’ll get there — and never ignore orders to evacuate. Have your emergency supplies updated and ready to take with you. Make sure your family members know how to communicate and meet up. And don’t forget to make plans for your pets.

Get more hurricane preparedness tips in our Get Ready fact sheet.

Posted by Michele Late at 2:48 PM No comments: 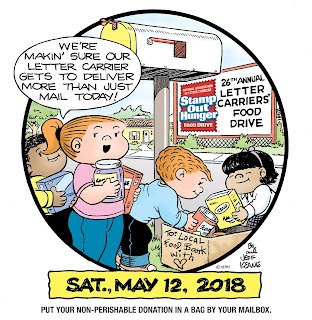 Posted by Get Ready Team, APHA at 9:15 PM No comments:

Who’s ready for summer? Bright sunshine, blue skies and warm weather are a big “yes, please!” for most people. Frankly, we’re counting down the days to the summertime merry-go-round here at Get Ready.

The good news is our new Get Ready infographic on summer storms can help you stay safe.
It’s a quick and easy rundown of some of the risks you may face and ways to avoid them.

Post the infographic on your website, share it on social media or print out a few copies. It’s great for hanging on break room bulletin boards or home refrigerators. There’s even a space for you to add your logo.

In a jiff, you’ll be ready to get out there and enjoy that summer magic. 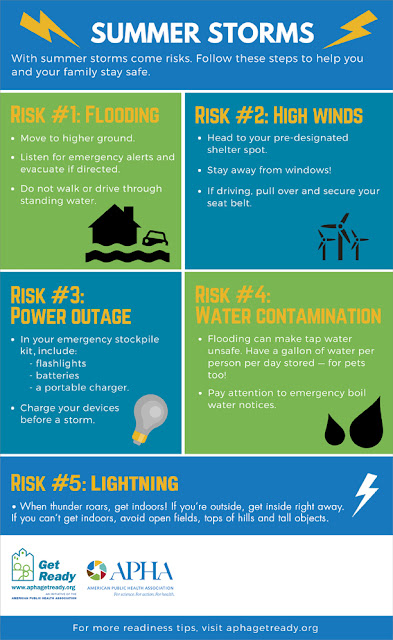