Summer’s in full swing, and that means concerts, parades, vacations, baseball games and fireworks. Big summer events can mean big summer crowds. But have no fear — knowing a few tips about how to navigate crowds can help you stay safe in the sun.

First off, it’s important to know what type of event you’ll be going to. If it’s a big celebration like the Fourth of July, you may be outside for a long time. If you’re in the sun all day, take some advice from the American Red Cross and bring plenty of water and snacks.

Also important is to know the signs for heat stroke: red, hot skin; losing consciousness; shallow breathing; and a weak pulse. Wear sunglasses and a hat to protect your eyes and face from the sun. Use sunscreen with an SPF of at least 15 and make sure to reapply throughout the day. 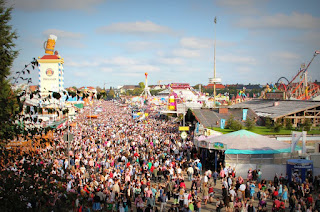 What if the event is a nighttime concert? Big gatherings can create a higher risk for getting sick and hurt, the Centers for Disease Control and Prevention says. Infectious disease can spread more easily in crowds. So make sure you’re up on your immunizations and use hand sanitizer. Scope out where the first-aid area is so you can quickly head there if you need to. Avoid caffeinated drinks, which can dehydrate you, and alcohol, which can affect your safety.

In general, it helps to always be prepared for emergencies and have a plan. Whatever event you’re going to, arrive early to check out the area. Find a safe place where your family and friends can meet if something happens. Also, be aware of where emergency exits are and stay near them. If there is a less crowded area to be in, move there.

Above all, listen for official instructions and take action right away if told to. For more tips, check out Get Ready’s fact sheet on crowd safety.Whatever event you end up attending this summer, make sure health and safety is part of the plan.

Photo courtesy PEXELS/Manuel Joseph
Posted by Get Ready Team, APHA at 9:38 AM No comments:

Portugal wildfire claims dozens of lives: Are you ready for a wildfire?

On June 18, an enormous wildfire swept through an area of central Portugal. More than 60 people died, half of whom were trapped in their vehicles, according to news reports. Although most wildfires over the past 10 years have been caused by people, this wildfire was caused by nature. Portuguese authorities said that the fire was caused by lightning during dry thunderstorms.

With this tragic event, many people can’t help but ask “Would I know what to do in a wildfire?” 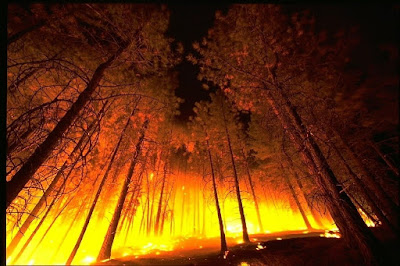 According to the California Department of Forestry and Fire Protection, also known as Cal Fire, if you’re trapped in a vehicle during a wildfire, it’s important to stay calm. Park your vehicle away from vegetation and close all windows and vents. Cover yourself with a wool blanket or jacket and lie on your vehicle’s floor. Use your cellphone to call 911.

If you find yourself on foot and not near a home or building, Cal Fire recommends finding an area clear of vegetation, such as a ditch or depression on ground level. Lie face down, cover yourself and call 911.

If you’re at home during a wildfire, stay inside and fill your sinks and tubs with water. Close your doors and windows but don’t lock them. Stay back from outside walls and windows and listen for emergency updates.

Preparing for a wildfire begins long before the first wisp of smoke, however. If you have not already, make an emergency plan. Then set aside time to practice. This will help ensure that if a wildfire does happen, you and those you live with will be able to act quickly. You also want to have emergency supplies and keep them in an easily accessible place. Be sure you have a way of receiving emergency information from officials. This can be a radio, phone or other device. Cal Fire recommends evacuating as soon as authorities recommend it.

Remember, wildfires are uncontrolled and unplanned, so being able to act quickly is in your best interest.

Read our fact sheet for more information and check out this wildfire evacuation guide.

Photo courtesy FEMA/Jana Baldwin
Posted by Get Ready Team, APHA at 11:21 AM No comments:

Whether it’s for graduation, Father’s Day or a birthday, we’re always on the lookout for great gifts. If you’re scrambling to find the perfect gift, take comfort in the fact that you are not alone, and then relax because the Get Ready Store is here to help. 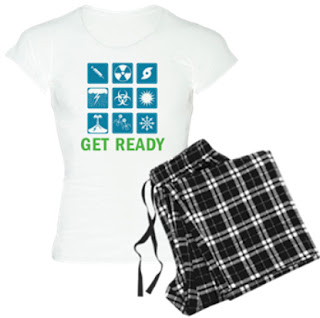 Whether you are shopping for mom, dad, grandma, mother-in-law or an “it’s complicated” loved one, the Get Ready Store has great gifts for every style. Not only will they enjoy our fine wares, you’ll be reminding the people you care about that their preparedness is important to you.
Here are five gifts that will land you the spot of “favorite” (no matter what they say to the other people in your life):

• Pajamas in all sizes, from adults to babies.   There’s no doubt the people in your life have helped you develop into a fine human being, so help prove to them that those lost hours of sleep were all worth it. The pajamas come in white and black .

• A cute travel mug for warm beverages that will make them think of you often, especially if they have an appreciation for caffeine. It’s a hug in a mug that won’t break the bank, and it easily beats the last-minute mixed CD you’ve given them the past five years. And if they prefer cold beverages, we’ve got tumblers, too.

• A reusable shopping or tote bag for their trips to the store.

• A useful wrist watch or wall clock for all the times they held your hand through breakups, coached you when you needed inspiration for finishing calculus and taught you the importance of preparedness.

• An iPhone or Samsung Galaxy phone case for your tech-savvy parent or friend. Add an emergency app to their phone and you’ve made it the best gift ever.


Find more great gifts on the Get Ready Store website and give those you care about your preparedness best. Happy shopping!
Posted by Get Ready Team, APHA at 11:01 AM No comments:

Above-normal hurricane season on its way

Get ready to batten down the hatches! The Atlantic hurricane season, which began June 1, is expected to be above-normal. That means residents along the East and Gulf coasts could see a lot of storms coming their way.

According to forecasters at the National Oceanic and Atmospheric Administration Climate Prediction Center there’s a high likelihood of 11 to 17 named storms, which have winds of 39 mph or higher. As many as nine of those could become hurricanes, and up to four could become major hurricanes. 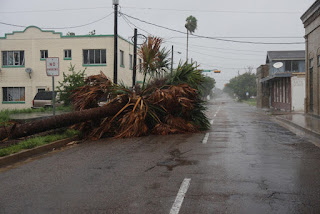 An average season produces 12 named storms, of which six become hurricanes, according to NOAA. So this year’s prediction is definitely higher. The 2016 season was also above normal, with seven hurricanes, four of which were major. Residents of North Carolina and other East Coast states will remember Hurricane Matthew in September, which caused 34 deaths and $10 billion in damage in the U.S. alone.

"Regardless of how many storms develop this year, it only takes one to disrupt our lives," said Robert Fenton Jr., acting administrator of the Federal Emergency Management Agency. "Get ready now with these easy, low-cost steps that will leave you better prepared and will make all the difference: Have a family discussion about what you will do, where you will go and how you will communicate with each other when a storm threatens; know your evacuation route; tune into your local news or download the FEMA app to get alerts, and finally, listen to local authorities as a storm approaches.”

With months of possible hurricane threats ahead — the Atlantic season runs through Nov. 30 — you’ll also want to have lots of supplies stored. Make sure your preparedness kit includes a three- to five-day supply of water and non-perishable food, with one gallon of water stored for each person per day. Set aside enough food and water for pets, too.

Your supply kit should also include a first-aid kit, manual can opener, flashlight, batteries, a battery-operated radio, clothing and bedding, copies of important documents, hygiene supplies and hand sanitizer. And don’t forget a battery-operated or solar-powered charger for your cellphone.

For more tips, check out our Get Ready hurricanes fact sheet.

Photo: A downed palm tree in Brownsville, Texas, shows the strength of Hurricane Dolly in July 2008. Photo courtesy FEMA/Jacinta Quesad
Posted by Get Ready Team, APHA at 11:55 AM No comments: