Announcing the winners of APHA’s 2014 Get Ready Scholarship

Three students at the high school, undergraduate and graduate level have been chosen to receive scholarships in APHA’s sixth Get Ready Scholarship competition.

The annual scholarship, which is offered in conjunction with APHA’s Get Ready campaign, encourages high school and college students to focus on the importance of emergency preparedness.

Students were challenged to write a post for the Get Ready Blog explaining how preparation can prevent negative outcomes of severe weather issues in their communities, develop a campaign to address the lack of preparedness for severe weather or other public health emergencies or create an infographic on the impacts of antibiotic resistance to human health.

Out of hundreds of entries, three students were chosen as winners:
Each student will receive a $400 scholarship and a one-year APHA student membership. Read excerpts from the 2014 winning essays and see the winning infographic on the Get Ready website.

Congratulations to our winners, and thanks to every student who submitted an entry!
Posted by Get Ready Team, APHA at 12:29 PM No comments:

Being prepared for climate and weather emergencies

The weather these days in the U.S. has been interesting. During recent months, freezing rain in some areas was followed by days of weather in the 70s! We just don’t know what to expect. It’s a good reminder to be prepared for weather and climate emergencies.

You’ve probably heard a lot these days about climate change and you may wonder how that affects our weather. The important thing to remember is that weather and climate are two different things. (Huh?) Yes, that’s right, they’re different.

Weather is local and what you’re experiencing now. Weather changes a lot, sometimes several times a day. Climate covers larger areas or longer times. The temperature where you live may be warmer or colder than usual, however, the temperature of Earth is getting warmer. It’s getting warmer because carbon dioxide and other air pollution is collecting around the Earth and acting like a blanket to trap heat from the sun. Imagine if you were wrapped in a blanket and sitting in the sun on a hot day!

So although there may be freezing rain when we’re not used to having it, overall, the Earth is warmer. One of the interesting reasons for our mixed-up climate is something called a polar vortex. Extreme weather events, such as this kind of system that can lead to major cold air outbreaks, can result from a warming planet.

A recent U.S. report, the “National Climate Assessment,” found that climate change threatens human health and well-being. As the climate changes, we can expect increased wildfires, decreased air quality and more illnesses caused by disease-carriers such as mosquitoes and ticks. Some of the health effects of climate change are already underway.

If you want to learn more about how the changing climate is affecting our health, check out “Years of Living Dangerously,” a new documentary series.

Everyone is at risk for climate and weather emergencies. So it’s better to be prepared for anything weather forecasters may have to say. Make sure to stock up on preparedness supplies so you can be prepared “weather” or not!
Posted by Get Ready Team, APHA at 8:20 AM No comments: 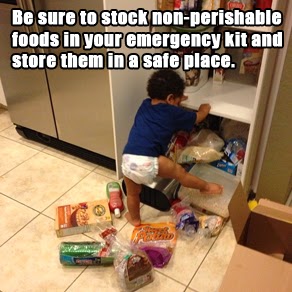 Do you have a baby between the ages of newborn and 12 months? Is she or he completely, totally adorable? (Of course!) Snap a photo of your baby in a preparedness situation and be part of the Get Ready Tips from Tots Preparedness Photo Contest!

From now until May 23, send us photos of your child to enter the contest, which is using super-cute  babies as a fun way to promote preparedness. Winning babies will be featured in a Get Ready calendar!

Take a look at the topics covered by the Get Ready campaign - such as creating an emergency plan, stockpiling supplies or preparing for severe weather — and figure out how to illustrate them in a creative way with your baby. Check out our baby photo gallery for inspiration.

To enter, email us your photos or share them on Instagram with the #TipsfromTots hashtag. Check out our FAQs for submission details.

Preparing for disasters: What pregnant women and families with infants need to know 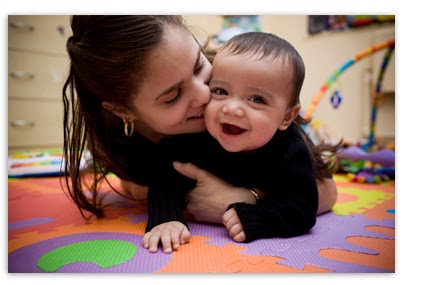 From vaccinations to home safety-proofing, pregnant women and parents with infants have a lot on their to-do lists. But there's another must-do for moms and parents: disaster preparedness planning. Disasters can be stressful for everyone, but if you're pregnant or have an infant, there are special things you need to know to be ready.

Luckily — just in time for Mother’s Day — APHA's Get Ready campaign and the March of Dimes California Chapter have partnered to release a series of fact sheets to help pregnant moms and families with infants prepare for emergencies. The six new fact sheets address ways that pregnant women and young families can prepare for emergencies such as tornadoes, earthquakes, hurricanes and wildfires. A general fact sheet for pregnant women and families with infants is also available in Spanish.

The fact sheets include information aimed especially at pregnant women and families and with infants, such as special supplies they need to have in their disaster preparedness kits. For example, pregnant women should have scissors and sterile gloves in their kits in case of an emergency birth, and families with infants should stock ready-to-feed formula, even if the baby is breastfed. (While breastfeeding is best, disasters can interrupt your breastfeeding schedule.)

Read, print and share the new fact sheets from the Get Ready website, and share them in your community! (You can even add your group's logo!) While you're on our site, check out our podcast with the March of Dimes, and read our Q&A.

Have more questions about preparedness? Join Get Ready and the March of Dimes on May 14 at 2 p.m. ET for a Facebook chat! Our experts will be on hand on APHA’s Facebook page to answer your questions.

And don't forget to enter our Get Ready Tips from Tots Preparedness Photo Contest. Your baby could star in our new calendar!
Posted by Get Ready Team, APHA at 2:44 PM No comments: