How ready are you? Get Ready survey shows many falling short on preparedness

Many people are not taking the necessary steps to ensure they are ready to safely make it through disasters, according to a Get Ready survey.

Conducted this spring among APHA members and the general public, the informal survey found that 85 percent of respondents don’t know their community’s evacuation plans, and almost 58 percent don’t have evacuation plans for their home. 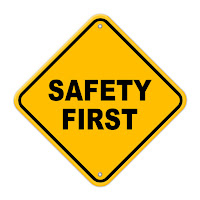 The survey assessed preparedness by asking respondents whether they had a communication or evacuation plan; food, water or supplies set aside; or plans set in place in households, workplaces and schools. The survey was a follow-up to a similar 2006 Get Ready survey, which also found many people were not following preparedness recommendations.

People know they can do better. About 63 percent of people said  they’re aware they should take more steps toward being prepared, in fact.

The good news is that the Get Ready campaign is here to help. Our fact sheets, infographics and blog can help you improve your readiness.

They can also help give you the knowledge to be able to protect others in an emergency, an issue that concerns over half — almost 55 percent — of survey respondents.

Congratulations to Amelia Brandt and James Swinehart, who were the winners of the Get Ready survey giveaway! Amelia and James will each receive a preparedness kit.

Posted by Get Ready Team, APHA at 2:10 PM No comments: 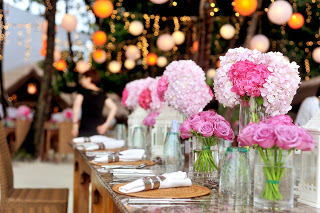 Catering is one of the largest expenses in a wedding budget. Couples can often find themselves struggling to satisfy their visions of a dream wedding and finicky guests. Since no one wants their guest to become ill, it’s essential to keep food safety in mind when choosing a caterer.

The key is to follow good food safety guidelines from the U.S. Department of Agriculture’s Food Safety and Inspection Service. In preparation for any big meal, it’s a good idea to review FSIS’ “Cooking for Groups” publication. The pamphlet, also available in Spanish, features guidelines for preparing large quantities of food. Other resources at Foodsafety.gov are available 24/7.

Choosing a caterer doesn’t have to be stressful. Here are seven food safety questions to ask your caterer:

1. Are the staff members certified food handlers? If they're certified, this means the staff is properly trained on safe food handling.

2. How do you transport food to the venue? You want to ensure cold foods stay cold and pre-prepared hot foods stay hot. If caterers transport unsealed food containers in the same compartment, spillage and cross-contamination may occur.

3. When and where is the food prepared? If the food is prepared off-site, ensure the caterers safely transport the food. If the food is prepared on-site, ensure the caterers have the appropriate tools they need to prepare and serve the food. Budget conscious couples may choose a venue without a fully stocked kitchen. When this happens, communicating this information to the caterer will ensure that they prepare by bringing the necessary cookware and supplies.

4. How long after food — especially meat, poultry and eggs — is cooked is it brought out to guests? Perishable foods should not sit out at room temperature for more than two hours.

5. How long does the buffet remain open and how will the caterer avoid the food entering the “danger zone?” Ask the caterer to provide chafing dishes or warming trays to keep hot foods hot, and ice or another cold source to keep cold foods cold. Otherwise, food may enter the danger zone, the temperature range between 40 and 140 degrees where bacteria multiply rapidly. Never leave perishable foods in the danger zone for more than two hours, or one hour in temperatures above 90 degrees. After two hours, food that has been sitting out should be replaced with fresh food.

6. Are there any potential allergens used in the preparation of the food? You should certainly ask your caterer if there are any allergens in the dishes, including peanuts, soy and wheat. If there are, guests should be notified.

Following these tips can help you and your guests enjoy a happy, healthy wedding instead of a trip to the doctor. For more healthy nuptial tips, check out APHA’s public health wedding board on Pinterest.

Posted by Get Ready Team, APHA at 3:04 PM No comments:

When your postal carrier drops by this Saturday, she or he will be ready to pick up more than just mail. Saturday, May 13, is the national Stamp Out Hunger food drive, during which postal carriers pick up food donations that are set out next to U.S. mailboxes. 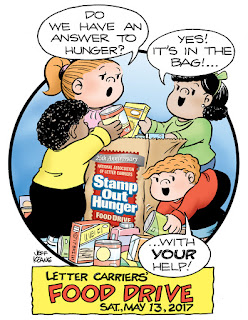 Held annually since 1992, the Stamp Out Hunger food drive collected more than 80 million pounds of food last year. The event is organized by the National Association of Letter Carriers, with support from the U.S. Postal Service, United Way Worldwide, AARP Foundation and other sponsors.

To take part, just leave a sturdy bag containing non-perishable foods next to your mailbox before your mail comes on Saturday. Organizers say the most-requested items are cereal, pasta, spaghetti sauce, rice, canned fruits and vegetables, soups, juice, macaroni and cheese, peanut butter and canned proteins such as tuna, chicken and turkey. Healthy items such as beans, oatmeal and canola oil are also welcome. Food should be in non-breakable containers, such as boxes and cans, and should not be expired.

Statistics show that your donation will matter: In 2015, 42.2 million Americans lived in food-insecure households — meaning that they didn’t have enough food — including 29.1 million adults and 13.1 million children.

“Letter carriers see many of these folks along our routes each day,” Fredric Rolando, National Association of Letter Carriers president. “Our food drive can make a positive difference in the lives of those who have been dealt difficult hands.”

Making a donation to Stamp Out Hunger can do more than fill empty bellies in your community. Food banks play an important role in community preparedness, because they are often where people turn to for assistance after a disaster or emergency.

For more on the food drive, read the official FAQs. If you’re not sure whether your postal carrier will be taking part in the food drive Saturday, contact your local post office.

Thanks for helping your community be less hungry and more prepared!

Posted by Get Ready Team, APHA at 4:40 PM No comments:

Be a better bystander: Know how to help in an emergency

Trauma — a disabling or life-threatening injury — is a common effect of natural disasters.
Bystanders who provide basic emergency care during disasters can help save lives. But they need to know how. 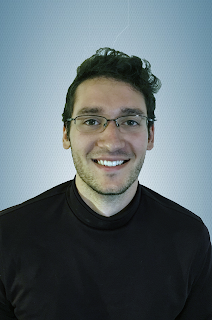 Isaac Lasko, a volunteer for Tufts University’s Emergency Medical Services and a biomedical engineering student with a pre-med focus, talked to APHA’s Get Ready campaign about actions people can take to help injured people in the time before professional help arrives.

“For natural disasters, what all of the safety really comes down to is prevention,” Lasko said.

Trauma is the leading cause of death for Americans under the age of 46. About 20 percent of U.S. trauma deaths in 2014 could have been prevented if there had been better care for victims when they were injured.

That’s where people like you come in. The primary way bystanders can make a difference is by assessing the situation and giving care that prevents things from getting worse, Lasko said. He recommends starting by checking a victim’s ABCs — airway, breathing and circulation.

“A two-hour class in basic CPR can give somebody the skills to really keep the A, B and C alive to the best of the ability of a bystander,” said Lasko.

Controlling bleeding is another crucial way you can help. For example, using towels or cloths to apply pressure to a wound can help stop bleeding after a serious injury, said Lasko. If bleeding doesn’t stop, tourniquets can also be used as a last resort to tie off a wound.

Often the best way to contribute to an emergency situation is to stay calm and reduce stress, Lasko said.

“Calmness, or the lack thereof, is something that people pick up from each other, so as a group you make the best decisions and you keep people feeling the safest,” he said.

Knowing the disaster risks in your community is also helpful. For example, in Massachusetts, where Tufts University is located, EMTs are often concerned with hypothermia, Lasko said. During extreme cold emergencies, people don’t have the same ability to regulate body temperature.

The American Red Cross offers classes that can teach you how to help out in an emergency. Another option is to volunteer with your local Community Emergency Response Team program, which can help you gain basic disaster response skills.

Learning the basics can help you be a better bystander.

Posted by Get Ready Team, APHA at 5:14 PM No comments: