Nature has taught us that we never know when to expect the next hurricane, earthquake or tornado. Recent disasters serve as a reminder of how important it is to have a household emergency preparedness plan.

If you haven’t created a household plan, now is the time to put one together. Make sure you are aware of the potential disasters that could occur where you live and how they can affect your household.

Your household emergency preparedness plan should include:
• Contact numbers, including an out-of-town contact, in case phone service is unavailable in your area.

• A designated meeting location in case you and your household are separated.

To make things easier, you can create and print a Comprehensive Family Emergency Plan, compliments of the federal Ready campaign and Ad Council.

Do you have a stockpile in place in case of a public health emergency? Let us know via the Get Ready Poll, on our blog now!
Posted by Get Ready Team, APHA at 2:00 PM No comments:

Father’s Day is right around the corner, on Sunday, June 19. Instead of the usual shirt and tie, why not try a new gift idea? You can help dad and the rest of the family stay safe from emergencies by creating or purchasing a disaster preparedness kit.

If you want to show dad how much you love him by making your own kit, visit the Federal Emergency Management Agency or Ready.gov websites for a list of items to include, or download a stockpile checklist from APHA’s Get Ready campaign (PDF). Basic emergency preparedness kits include a flashlight, radio, batteries, personal hygiene items, nonperishable food, a can opener and water. It is a good idea to include blankets and gloves too. The general rule of thumb is to have enough food and water to last at least three days.

Training materials, books, DVDs, radios and first aid kits also make great gifts that can be purchased from the American Red Cross and others. Or dad may enjoy receiving a T-shirt or hat from APHA’s Get Ready campaign.

A national holiday since 1972, Father’s Day is slated as a time to honor dads and to recognize the importance of fathers. Show him how much you care by helping him and your family stay safe.
Posted by Get Ready Team, APHA at 12:36 PM No comments:

Preventing disasters and emergencies at home 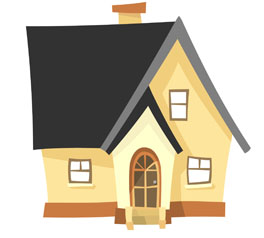 Whether you live in a sprawling mansion or a one-room studio, Dorothy said it best, “there’s no place like home.”
Homes are places of security, but sometimes danger is lurking around the corner. June is Home Safety Month, which makes it the perfect time to assess your home and prepare your family for a disaster. It’s also a time to reflect on ways to make your home a safer environment. With the right equipment and planning, many of the disasters and emergencies that happen at home can be prevented.

Home safety is a serious issue. According to the National Fire Protection Association, four out of five U.S. fire deaths in 2008 occurred in the home. But taking small steps has a huge impact. Having a working smoke alarm cuts the risk of death from a house fire by 50 percent. Being prepared is important to keep your family safe at home.

Planning ahead may seem like a long, hard task. But, fear not, the Get Ready campaign has created a free home safety fact sheet in both English and Spanish to help you. Download the fact sheet for useful tips on how to make your home a safe haven and learn about the dangers of fires, radon and carbon monoxide. Share these preparedness pointers with those in your community and encourage them to assess their homes for safety.

Remember: June is a kickoff to home safety, but it’s vital to practice safety all year long!

Photo Courtesy: iStockphoto
Posted by Get Ready Team, APHA at 4:00 PM No comments:

Preparing for a zombie invasion, and attracting interest in preparedness

We all know it’s important to be prepared for emergencies like tornadoes, winter storms and earthquakes. But what about a zombie apocalypse? Turns out there is quite a lot of interest in the subject.

On May 16, the Centers for Disease Control and Prevention posted a blog entry on preparing for a zombie invasion, attracting more than a million page views in just a few days. The Zombie Apocalypse Preparedness Guide, originally posted on the Public Health Matters Blog, was so popular that the server crashed and the post was relocated. Major news outlets such as CNN picked up the story, sending even more people to the guide.

Posted by U.S. Assistant Surgeon General Ali Khan, the zombie guide uses a light approach to emergency preparedness, noting that readers might scoff at the likelihood of a zombie invasion “but when it happens, you’ll be happy you read this, and hey, maybe you’ll even learn a thing or two about how to prepare for a real emergency.”

Public health workers will be happy to know that if hordes of reanimated corpses do begin lurching through the streets, “CDC would conduct an investigation much like any other disease outbreak” and “provide technical assistance to cities, states or international partners dealing with a zombie infestation,” according to the blog post.

Amidst the references to classic zombie movies and possible zombification causes, the post provides honest-to-goodness real-world emergency preparedness advice, such as the need to plan an evacuation route, identify emergency contacts and pick a meeting place for your family. Sound advice, whether you’re dealing with the advance of the brain-eating undead or with an approaching hurricane.

“People who read the blog actually are going out to get an emergency kit and make an emergency plan,” Khan was quoted as saying in an article published by the Wall Street Journal. “This has been off the charts.”

The zombie guide has inspired widgets, badges and other Web tools that fans can use. It even spawned a video contest, details of which will be posted on the CDC website.

It just goes to show that couching emergency preparedness advice in a fun way can attract more attention than the standard staid format. (But as a regular Get Ready Blog reader, you knew that already, right?) And when a high-profile government agency uses such an approach, it can reach a much broader audience.
Posted by Get Ready Team, APHA at 6:05 PM 1 comment: