How prepared is your state? 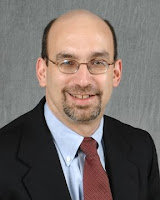 People often say events like Hurricane Katrina or the 2007 tuberculosis scare, in which a U.S. man suspected of having a highly infectious form of the disease traveled across the world, were "wake-up calls" for the country. But in the field of public health, we think of them more like snooze alarms. They get our attention and some changes are made, but then we end up drifting back into complacency.

The truth is, threats like these are still very real, and we think every American should know how well their tax dollars are being used to make them safer. That's why our organization, Trust for America's Health, joined with the Robert Wood Johnson Foundation to release the sixth annual "Ready or Not? Protecting the Public's Health from Diseases, Disasters and Bioterrorism" report in December.

To find out how your state scored, check out our Web site, HealthyAmericans.org. Overall, we found that the country made significant progress over the last year to better protect Americans from disease outbreaks, but critical vulnerabilities still exist in areas like hospital capacity, rapid disease detection and — as the salmonella outbreak linked to jalapeño peppers reminded us last summer — food safety. That's not necessarily good news, considering the progress made is now at risk, due to budget cuts and the economic crisis.

The report assesses state-by-state health emergency preparedness capabilities with scores based on 10 key indicators. More than half of states and Washington, D.C., achieved a score of seven or less out of 10. Louisiana, New Hampshire, North Carolina, Virginia and Wisconsin scored highest, with 10 out of 10. Arizona, Connecticut, Florida, Maryland, Montana,and Nebraska tied for the lowest score, with five out of 10.

Be sure to watch this video briefing to see leading experts discuss the risks associated with disease outbreaks, natural disasters and bioterrorism; how recent budget cuts are affecting preparedness, and what America can do about it.

Love that reference to the "snooze alarm." That is a perfect description. I am going to borrow that one. It is all too fitting...

Get this blog off of an APHA site. It is misleading, is full of errors and is dangerous to the public's health.

the new salmonella peanut butter outbreak is scary to me. Whay can't they get food safety right in this country?

I live in Florida -- so, bummer! If the alligators and 'skeeters don't get me, lack of preparedness will...great.